B
I am working with James and Dan, our production company is called JDB Media.

The song we have chosen is 'Afterglow' by Wilkinson. We all like the song and the genre of Drum and Bass.
We sent a tweet to Wilkinson, asking for permission to use the song. 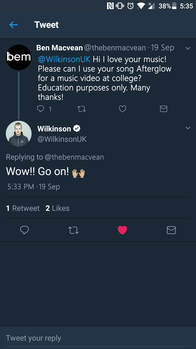 Conventions of this music genre are shown in the Prezi slideshow we made, linked below: (I cannot embed this into the site, sorry about that)​
https://prezi.com/view/IsffrZEe7RpU0d16kvKZ/
​By Ben
Mood Board 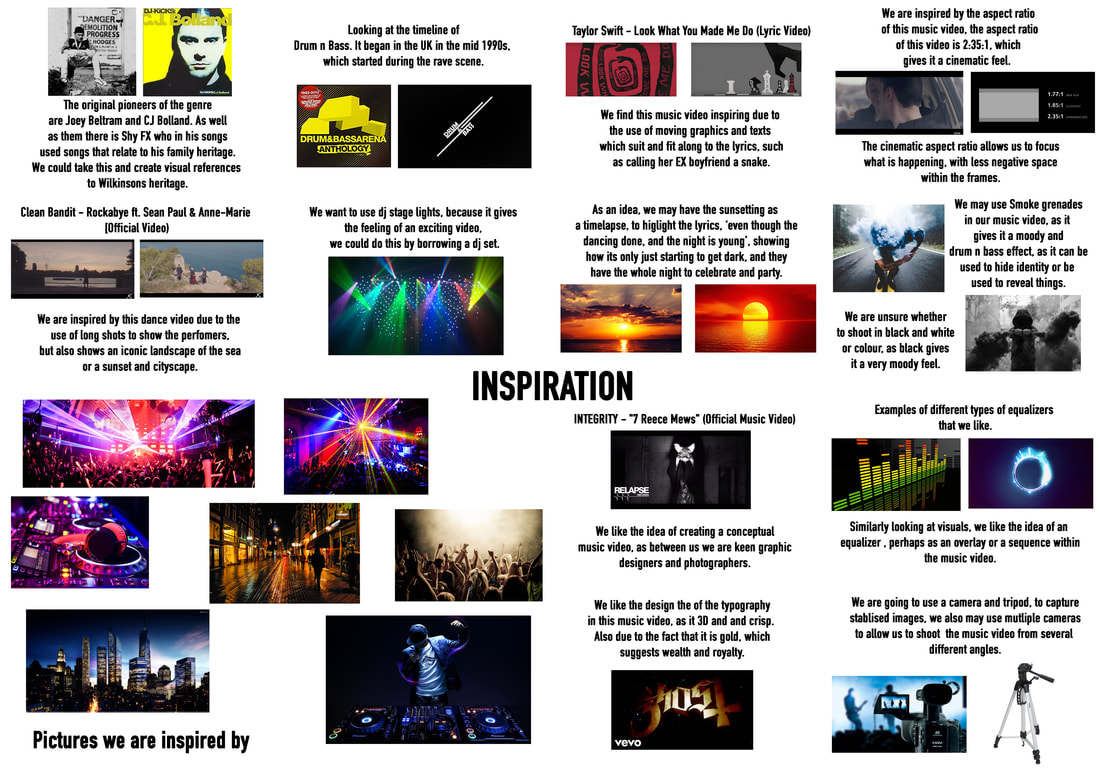 By Ben and Dan
Sources of Inspiration and Creativity 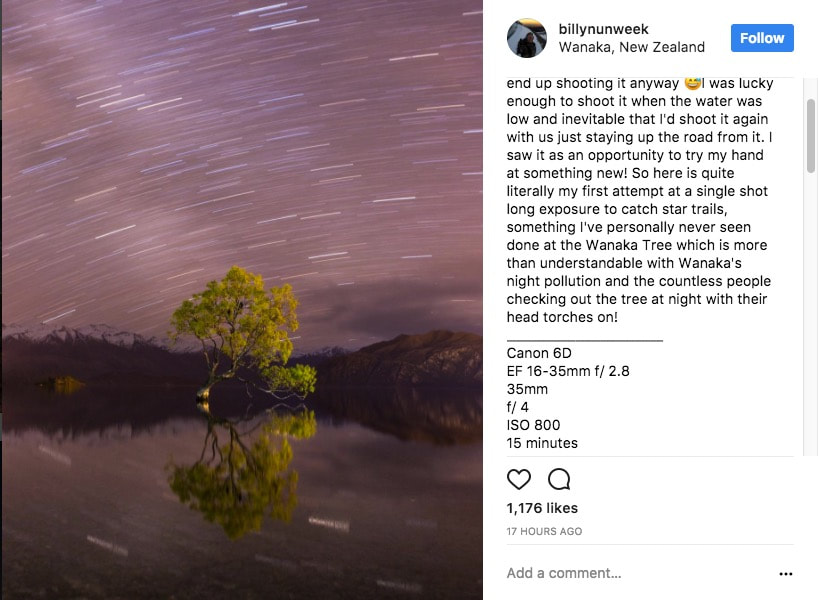 We like long exposure photography, making shapes and text with light. This is something which we would like to add to our music video. This particular image is the album cover of a song by David Guetta and Robin Schulz. The genre overlaps with Afterglow's, so it is likely to be a successful feature for our video. The first few seconds of 'Rippled' shown below is another example of 'light painting' which we can use as inspiration for our video. Below that are some more examples of graphical elements which we could use.
Ideas Based on Lyrics 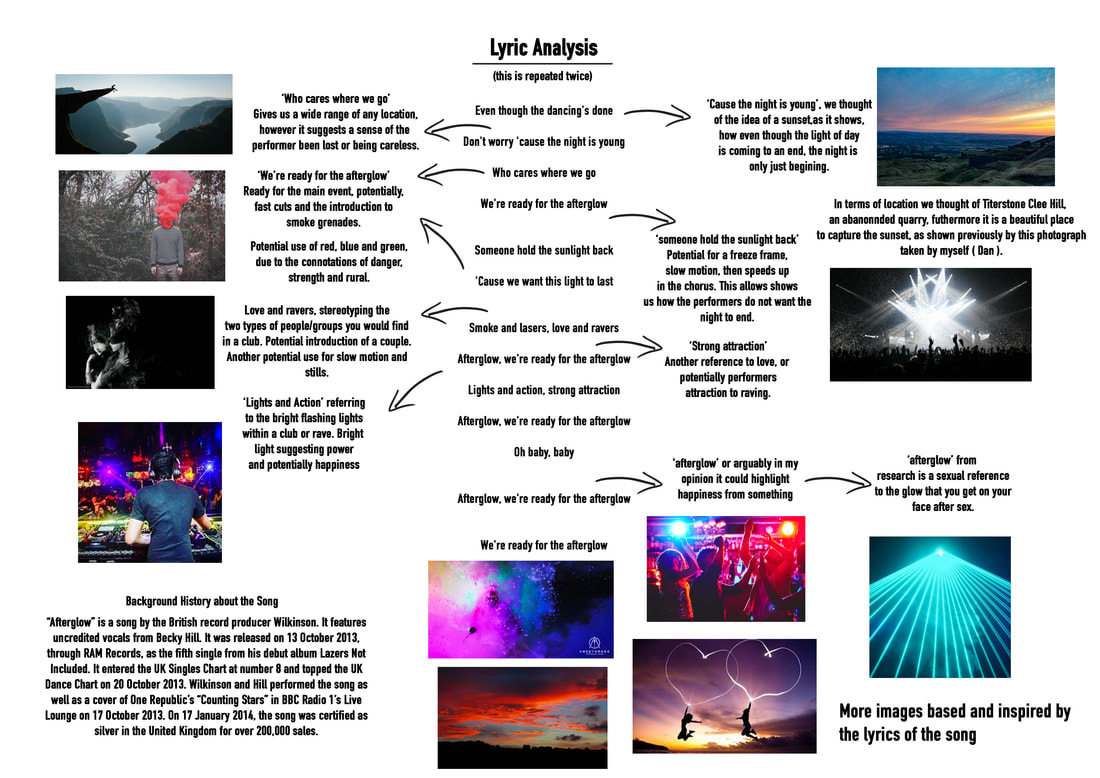 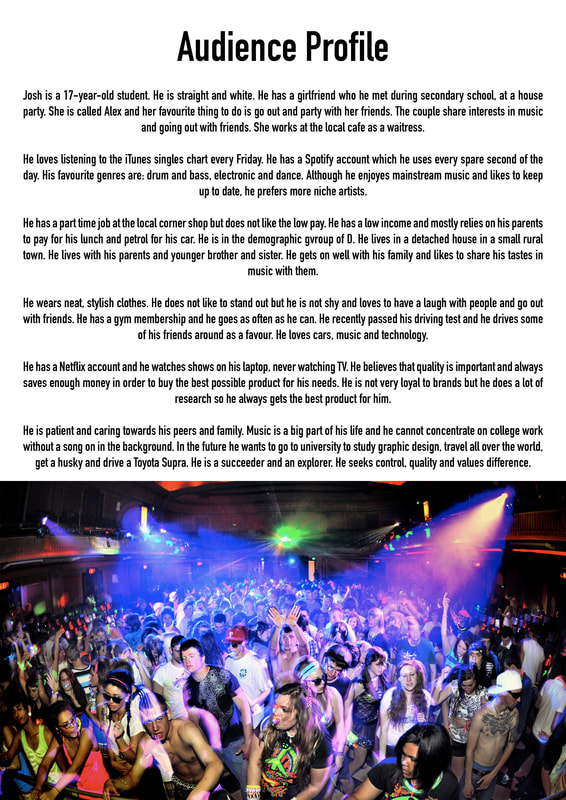 By Ben
Pitch
This our pitch, where we outlined what we want to achieve and how we are going about it. Please use the link if the player is not working. https://drive.google.com/open?id=0B5Jo3I-HLBqHRlNzdmhub2JUQVE
Questionnaire
These documents contain the feedback we received regarding the pitch, from our classmates. The document to the right of the original answer sheets concludes the questionnaire.
Storyboards
Here are the drafts and final storyboard for our music video.
This is the final storyboard.
Audience Feedback 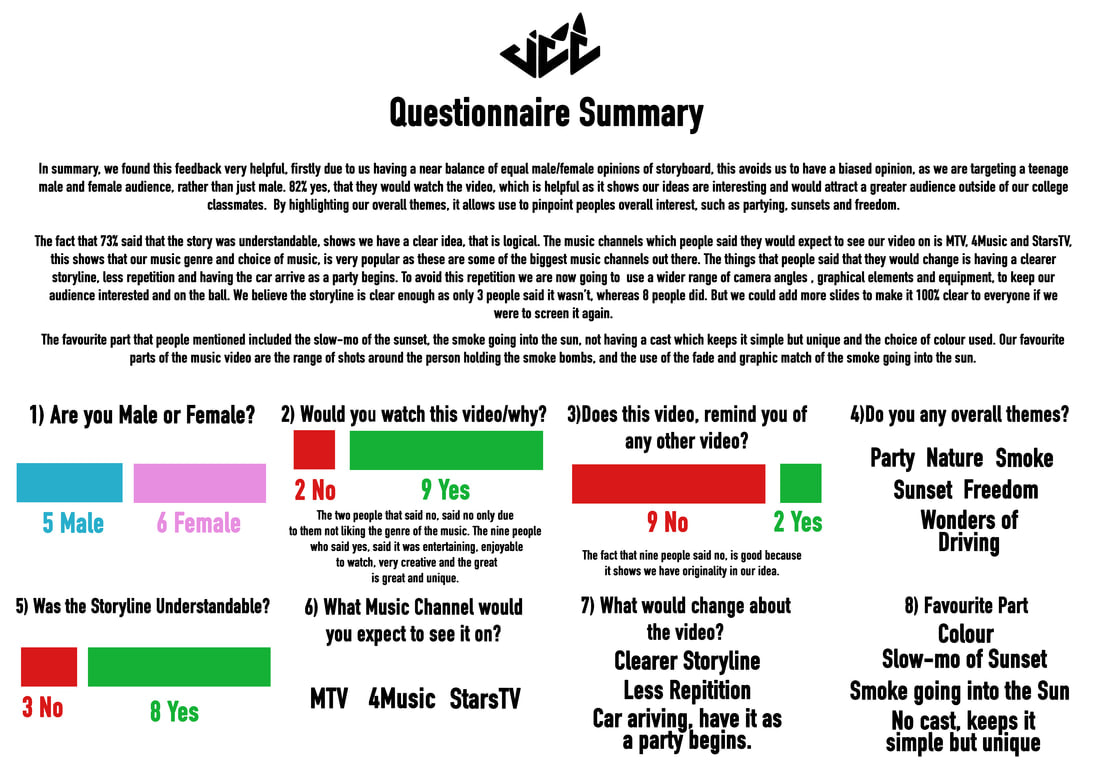 The day of the shoot

We began by setting up a timelapse of the sunrise. The weather was very poor with heavy clouds, freezing wind and snow. Because of this we put the camera in the boot of the car.

We managed to film some slider shots of the environment and the snow falling. The timelapse did not go as well as we had hoped because the low clouds hid the sun. At around 8:20 AM, we went down the road and filmed a better timelapse of the sunrise, as by then the weather improved. 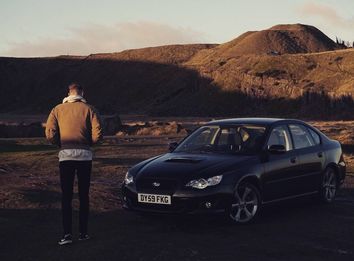 The second half of the day consisted of casting a replacement for James, as he cancelled on the afternoon shoot last minute. However the replacement, My brother Josh, made the video better than any of us could have anticipated. Due to the use of his car which was better and more appealing to the target audience than the one we planned to use previously.

Aside from these changes, the shoot went smoothly and mostly successfully. Sadly one of the smoke bombs did not work.

​---
UPDATE!
​(2/12/17)
​The filming of time lapses last weekend, in response to the draft's feedback went well. I simply used the tripod and left my camera on record for half an hour or so, and changed the angle. I tried to only include sky because I was not able to get to the original planned filming location. I did this for continuity.
---
​
Video Editing

As I was importing the footage onto my computer and waiting for the proxies to transcode, I thought of how I can start the first draft, and how the element of story would look. After consulting the storyboards, I pieced together the first forty seconds of the video.

Picking back up from the night before, I decided that the video needed some more punch. I did this by adding colour and overlaying the same footage a couple of frames out of time to create the '3D goggle' effect. After layering this effect up to 3, and looking back at the storyboard, I finished editing for the day and waited in preparation for the introduction of graphics.

The session began with updating everyone in the group on the editing progress. With some minor visual tweaks to make, Dan and James started the creation and search for some graphical images.

With a newfound sense of motivation from the morning's media lesson, and the addition of several graphic clips in bins at my disposal, I started to experiment with which graphic went where. After much colour keying, overlaying and keyframes, I ploughed on with the edit, dropping in clips, turning them into their own little emotions, stories and references, and playing back to see if they were good enough to stay. One example of one of the clips referencing 'strong attraction' is when the time lapse suddenly reverses, with the triangular mesh graphic overlaid. 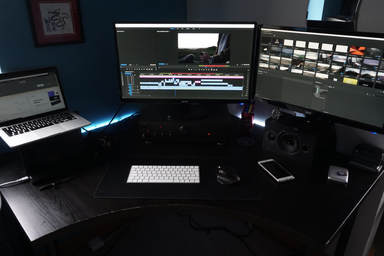 Not much progress, I put in place holders where Dan would give me graphics on Friday. I couldn't do more than 'map out' some clips, and do a little tidying up of the timeline. This is because, without any more graphics, The video would dry up its pace and the consistency in the first minute would be lost.

​After having experienced the trauma of a corrupted premiere pro save, the last few days were spent re editing and completing the video in a rather low spirit. 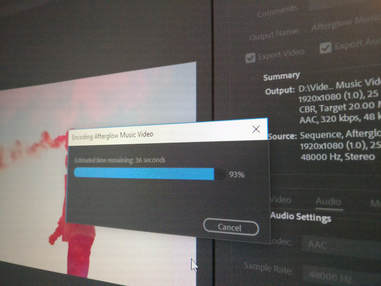 ​Today, we screened the draft edit. We received overall positive feedback, however, we have been pointed in the right direction, ready for the final edit to commence.

Today is the beginning of the end. The empty new sequence is a daunting prospect, however, the second draft video must be completed so that we can work on the final video, digipak, advert and evaluation before Christmas. As seen in the first draft video feedback summary document (in the 'Music Video' page), several changes must be made. After having filmed time lapses as described in this document, I feel confident that I can deliver a pleasing second draft.

I began by filling the first video channel with time lapses, in order of time. Mimicking Final Cut's editing workflow.

Several minutes later, as I am writing, I have completed around one minute. I will base this second draft on the first and the new time lapses as described above. I feel that this is the best way to produce the video, as there is no point re editing sections such as the chorus, which are completely fine. 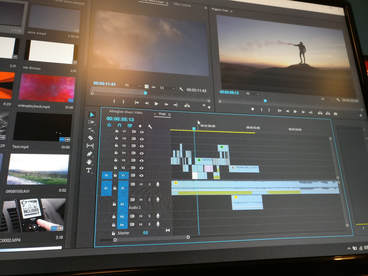 ​And so, the saga continues. As you may have noticed, there are several gaps in this diary's timeline. This is because I am not feeling very motivated to complete the video, since we are so far ahead of the other groups, there is virtually no time limit in my mind, Furthermore, as our teacher warned, I now strongly detest the song 'Afterglow' by Wilkinson.

​However, The show must go on and with haste do I write this sentence, whilst my second monitor glairs its rgb pixels over my four-eyed short sighted face. It bears Premiere Pro, the timeline teeming with vast emptiness to the right of an extensive clip bin. In other words, it has come to the stage where I need to complete the video out of necessity and the feeling of completing a project, rather than to induce enjoyment and to satisfy a time limit, which were the two primary sources of motivation that allowed me to edit the first draft. That is, until the infamous Premiere Pro decided to crash and destroy hours of work. Twice.

​Tangent over, and several hours later, I am ploughing through this second edit, however my plough is beginning to show signs of wear and I probably should book it in for a service.
3rd December, 2:18PM

With a nearly finished second draft, all there is left to do now is some touching up of graphics and the sound.

After having received feedback on the second draft, I used techniques mentioned in the feedback document to improve the video and then exported the sequence for the last time, I hope.